Confirmed: Giannis Antetokounmpo Is a “Big” Harry Styles Fan, and His Music Taste Is 10/10 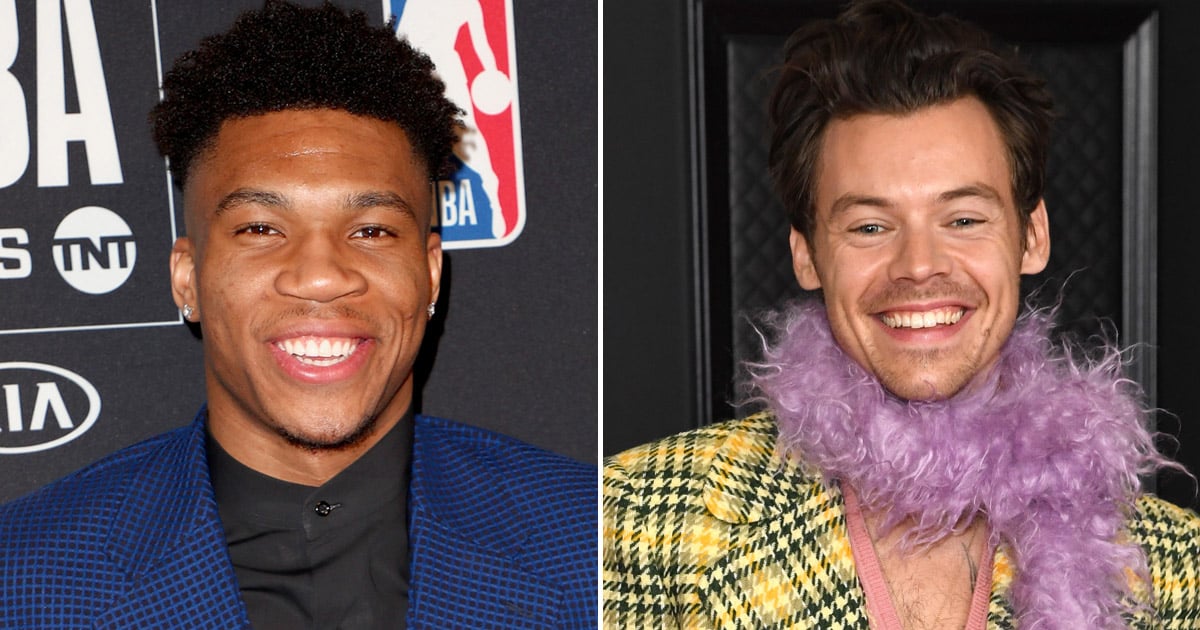 Someone get Lizzo on the phone, because another superstar is after her spot as Harry Styles’s celebrity BFF, and he means business. “I just went to @Harry_Styles concert and it was 99% women and me 😂. I’m a big fan, what a great performer,” Giannis Antetokounmpo, a professional basketball player for the Milwaukee Bucks, posted on Twitter on Nov. 3. Replying to Giannis’s tweet, a fan shared a video of the basketball star vibing at a Harry Styles concert, aka further proof that more Stylers are born every day. But Giannis isn’t a new fan by any means.

In fact, he’s been following Harry’s career since his 1D days, citing Harry and Niall as his two favorite members of One Direction in a tweet on May 15, 2020. A few months earlier, in March 2020, Giannis’s brother Alex also shared a video of the athlete playing the guitar and singing (and dancing) along to “Watermelon Sugar” on TikTok. In addition to giving spot-on dating advice and reuniting exes at his concerts, there are a lot of reasons to love Harry, so we totally get why Giannis is such a huge fan.

Now that we’re all on the same page, we can’t help but wonder: does Giannis turn up “What Makes You Beautiful” when he’s practicing on the court? Does he belt out “Adore You” in the shower? If we gave him the aux cord, would our ears be treated to a medley of hits from Fine Line and Harry’s self-titled album? We can only hope so.

Check out Giannis’s tweets and more proof that he’s a major Styler ahead.