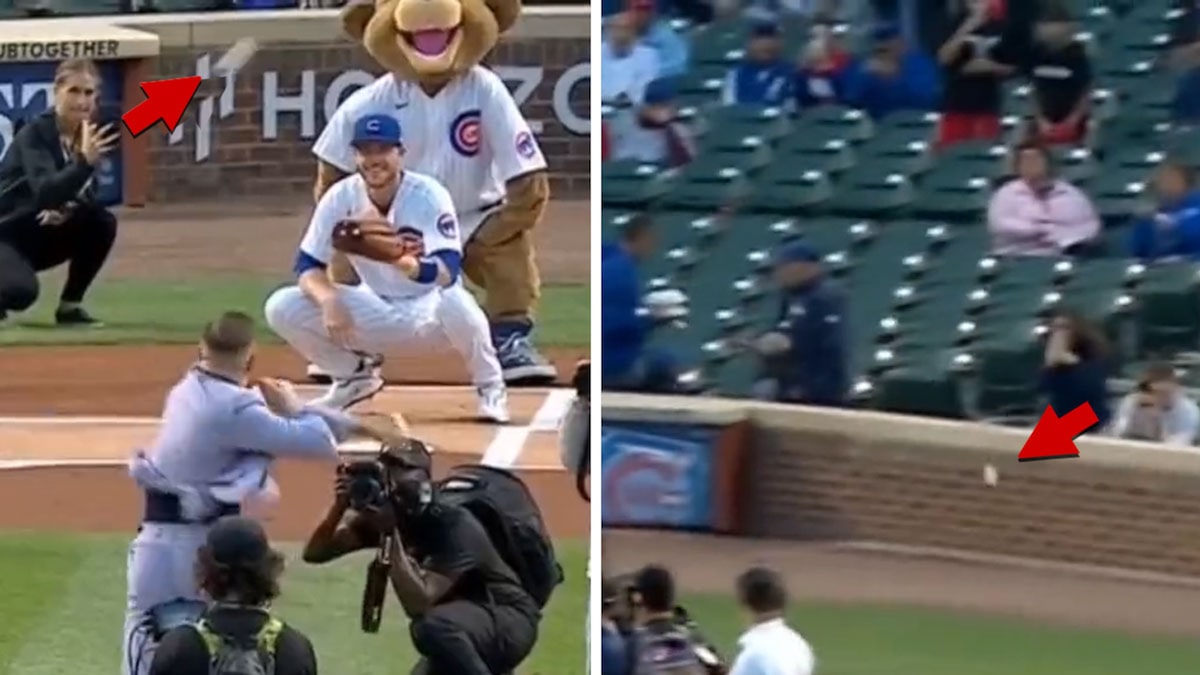 7: 05 AM PT — 9/22 — Conor’s first pitch wasn’t the only botched attempt on Tuesday — it turns out McGregor also sang a rendition of “Take Me Out To The Ballgame” during the 7th inning stretch … and let’s just say he won’t be collabing with Bieber any time soon.

Of course, Conor would say he’s got the voice of an angel — after all, he applauded his bad first pitch … admitting his accuracy was a bit off, but calling it “the most devastating first pitch you’ve ever seen in the iconic Wrigley Field!!”

“The venom is there, the power is there. It’s a little off accurate-wise, but I’m on the one leg,” Conor said. “You can see based fully on the left leg that was just recently injured. I’m happy with that.”

Conor said his power was on par with the major league pitchers in the game … and hey, we love the positivity.

Move over, 50 Cent, there’s a new worst first pitch of all time … courtesy of Conor McGregor‘s ceremonial toss at the Cubs game on Tuesday!!!

The sharply-dressed UFC superstar strutted to the mound for the first pitch before the Cubbies faced off against the Minnesota Twins at Wrigley Field … and chucked his attempt about 20 feet to the right of home plate.

As Harry Doyle would say, it was “juuuuuust a bit outside.”

The fighter was a great sport about it all … dapping up Cubs infielder Patrick Wisdom after the wild pitch.

Of course, this is Conor we’re talking about … so we’re assuming (and hoping) he was just trying to give fans a fun time.

Then again, we’ve seen him throw a football before … and he was mocked incessantly for that, too.

It’s a safe bet Conor’s pitch will now take honors for “worst first pitch ever” from Fiddy, who had a straight-up embarrassing toss that went wide left before a Mets game in 2014.

Conor’s been living it up while rehabbing his leg … from hanging with Justin Bieber to attending the VMAs (where he also tested out his arm with a different object) and hitting up just about every hotspot L.A. has to offer.