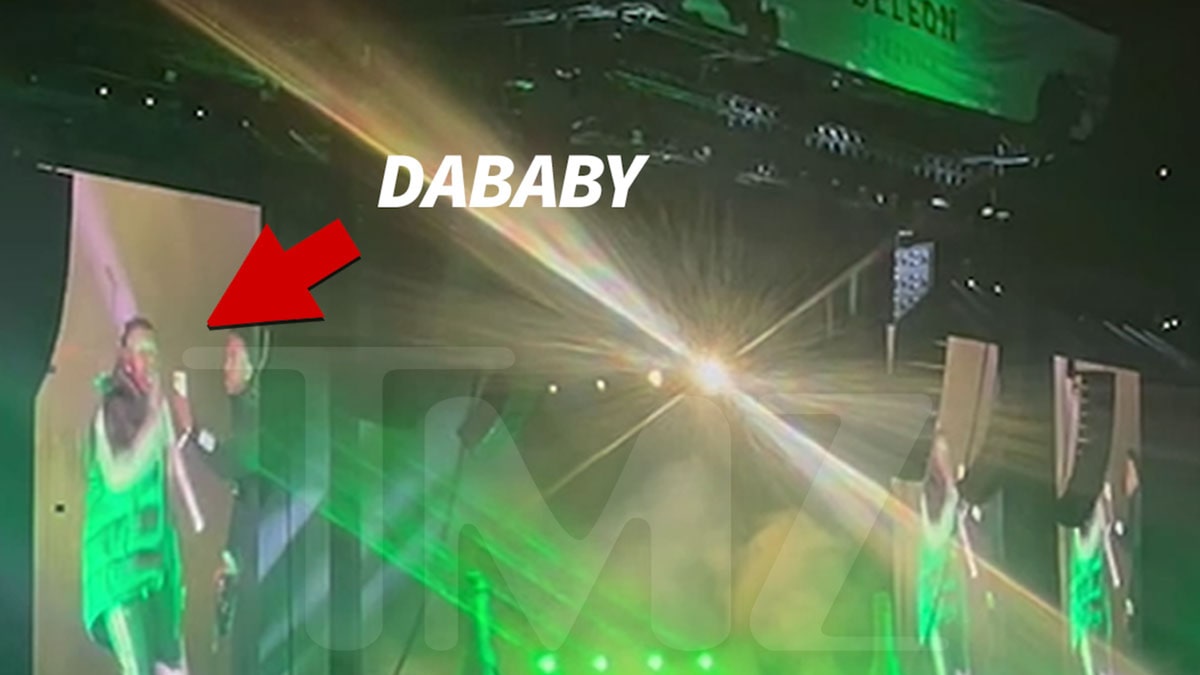 DaBaby
Back on Rolling Loud Stage
… Thanks to 50 Cent

DaBaby just made his return to the Rolling Loud stage for the first time since he made homophobic remarks during the festival’s Miami stop … and it’s all thanks to his buddy 50 Cent.

Rolling Loud is a significant location for DaBaby’s return considering it was during his festival set in Miami back in July when he told audience members to only put their hands up to party, “If you didn’t show up today with HIV/AIDS or other STDs that’ll make you die in 2-3 weeks” and “Fellas, if you didn’t suck a ndin the parking lot.”

He later attempted to apologize, but only made things worse when he said the comments weren’t aimed at his actual fans because his fans aren’t, “nasty gay ns” or “junkies.” He later deleted the apology.

The fallout for the rapper was massive … he was dropped from multiple festivals and slammed by Dua Lipa, who he had a huge single with called “Levitating.”

The rapper’s comments were also the focus during a segment of Dave Chappelle‘s “The Closer” special on Netflix, where the comedian compared the outrage of DaBaby shooting and killing a man in a parking lot to the outrage from the LGBTQ+ community stemming from the RL comments.