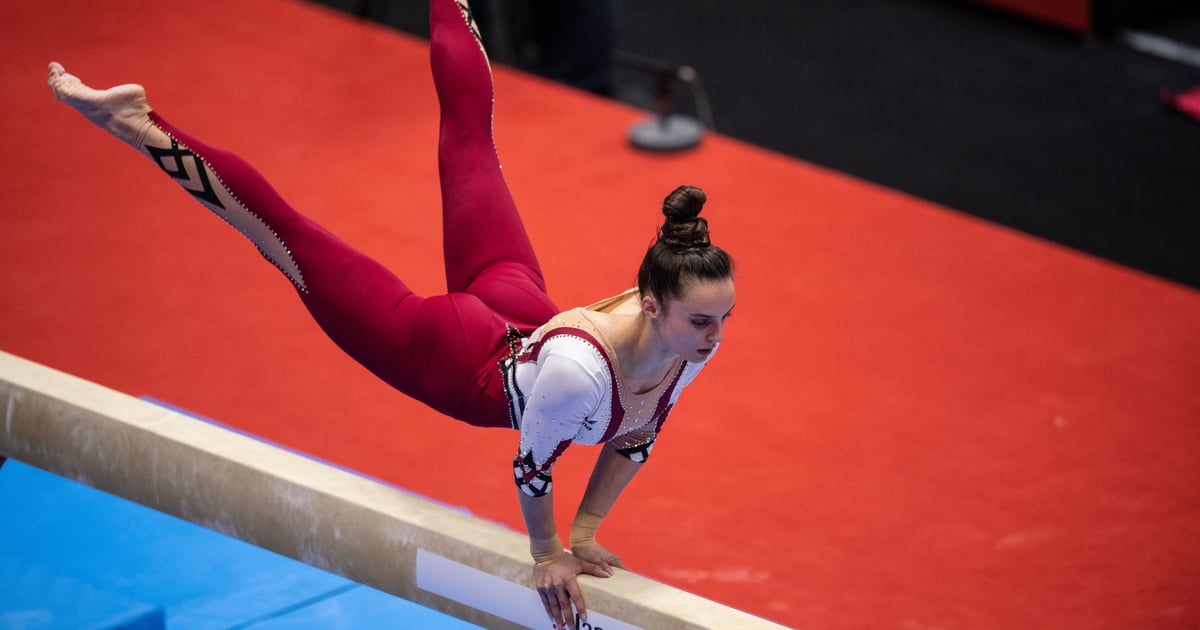 Germany’s Pauline Schäfer placed second on beam at the 2021 World Artistic Gymnastics Championships, and she did so while dressed in something rarely seen at women’s gymnastics meets: a unitard. Earlier this year, German gymnasts debuted these long-sleeved, long-legged leotards at the 2021 European Gymnastics Championships, and they wore them in other competitions such as the Tokyo Games. Schäfer competed at the latter, and it marked her second Olympics. The unitards make a statement against sexualization in the sport and argue that gymnasts should prioritize wearing what they’re most comfortable in.

“We want to show that every gymnast can wear what they want, and so we decided to wear the long leotard,” Schäfer, 24, the 2017 beam world champ and now a three-time world medalist on this event, said in an interview with GymCastic earlier this week. She had a hand in creating the designs as well.

Nastia Liukin, a 2008 Olympian and nine-time world medalist, said on the Olympic Channel live broadcast that it would have been difficult for her personally to compete in such a leotard given that she was used to the classic one-piece swimsuit-esque model. She added, however, that gymnasts should be able to have this option if they so choose. Note: under International Gymnastics Federation rules, gymnasts are permitted to wear both typical leotards and unitards.

Schäfer finished with a score of 13.8 at the 2021 world beam final, and her execution score of 8.4 (that was added to her difficulty score for a total) was the highest execution score on beam of the competition. Her routine featured a beautiful double turn and a skill named after her in the Code of Points: a “side somi” with a half twist. She stuck her gainer layout solid, too.

Ahead, check out photos of Schäfer in said unitard during this World Championships beam final, as well as snapshots from the medal ceremony. It’s the same leotard as the one she and her teammates wore at the Olympics. Silver and a statement — we love to see it!