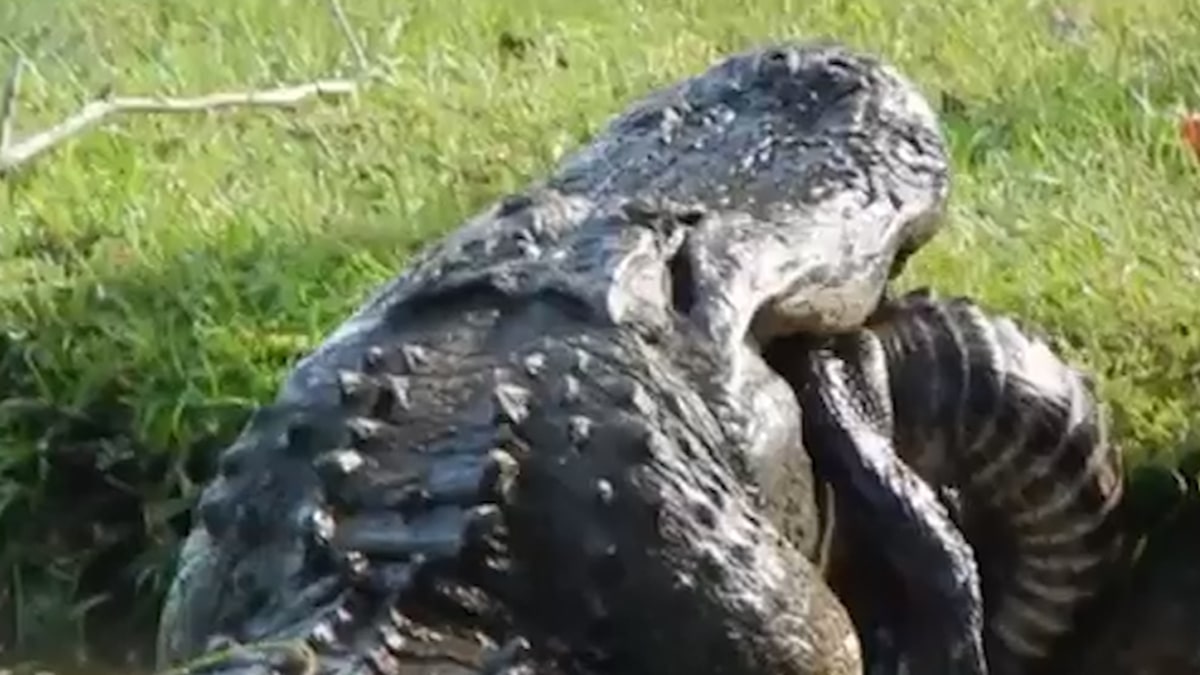 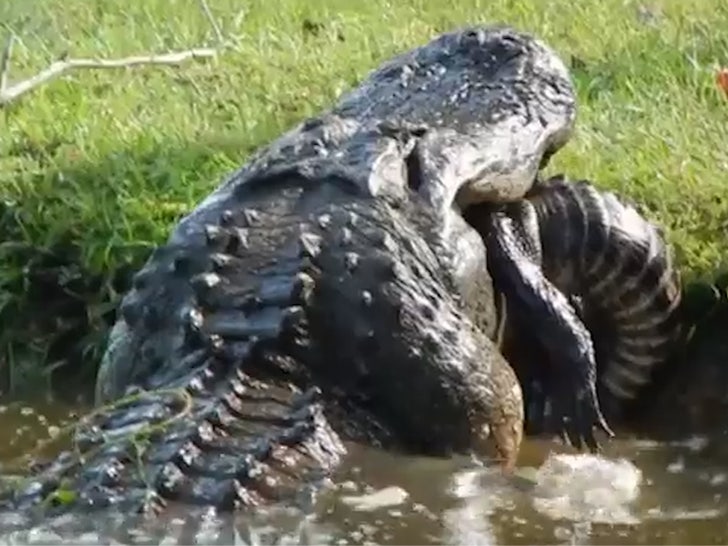 Here’s exhibit no. 1 for proof that dinosaurs still roam the earth — an alligator that must be the size of a pickup truck is eating its smaller counterpart … which itself is kinda big.

Check out this absolutely INSANE video that was posted by a dude from Horry County, SC … who says his pops filmed this from their backyard in the swampy Low Country. It’s Mother Nature at its finest — but with a kinda sick twist … alligator cannibalism, as it were.

This happened in my parents backyard today… The snack is a 6ft gator #lowcountrylivin pic.twitter.com/O7Omsw42uL

The clip picks up with the smaller gator already well inside the larger one’s mouth … looking quite dead, and getting munched on in slow, eerie fashion. The massive beast takes a couple chomps, and before ya know it … his meal is making its way down his gullet, and quickly disappears.

Here’s the craziest part … that little gator is supposedly 6 feet long, according to the Twitter poster. That means this bigger one has got to be at least double that size, probably way more. 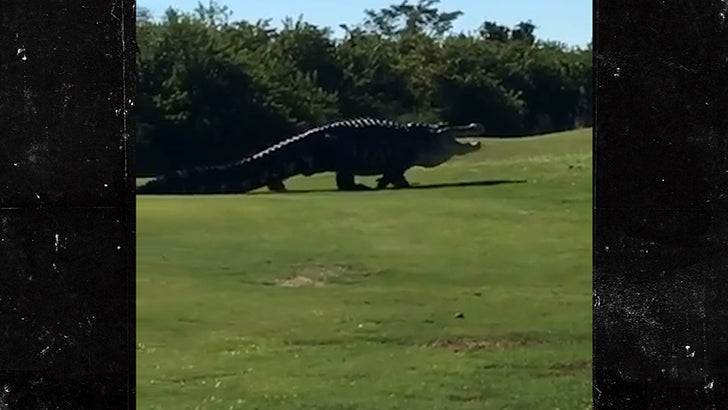 We’ve seen some immense alligators over the years on the internet — including an infamous one a little while back that looked absolutely enormous as it made its way across a golf course, to the shock and awe of onlookers. It had to have been a good 15 feet, minimum.

Considering this “baby” gator appears to fit snugly into the bigger one’s mouth — ya might say it’s about the length of its head … so we don’t wanna know how large it actually is.

And, you thought “Lake Placid” was just a movie — think again!!!