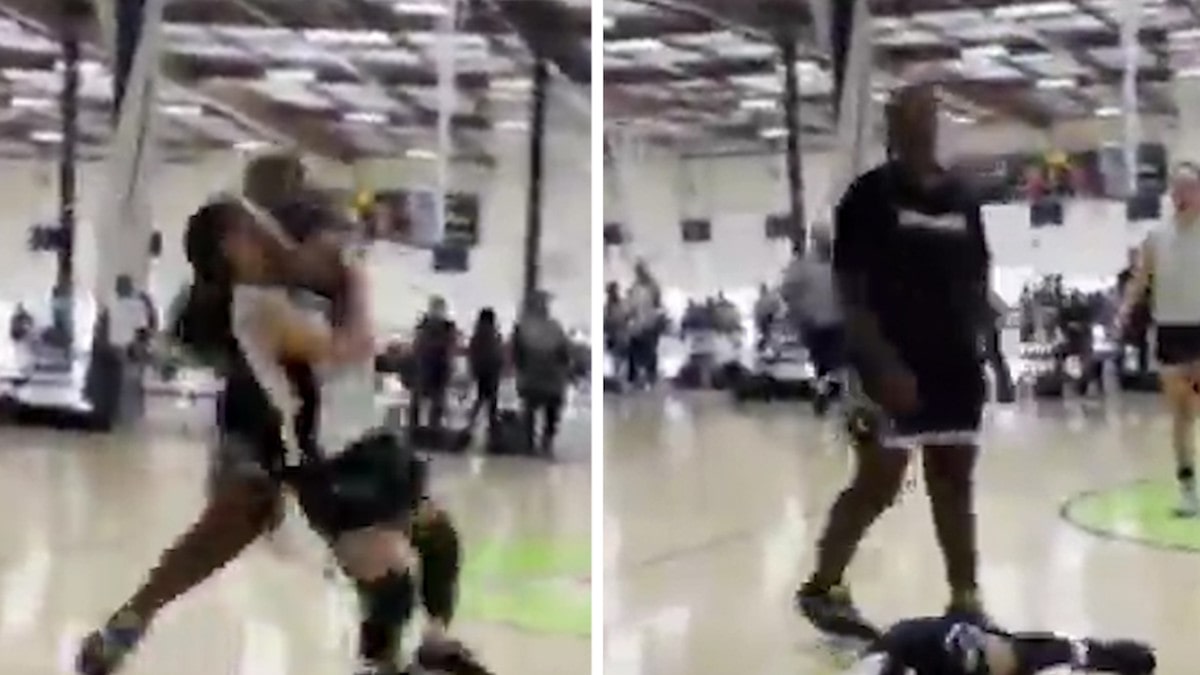 7: 07 AM PT — 11/10 — The teenage girl who clobbered her opponent during a basketball game this weekend has been banned from playing in future AVAC United games, the organization tells us.

AVAC United is a group made up of teams in Southern California … and they’re the people behind the tourney.

A teenage girl was leveled by a sucker punch in the middle of a basketball game Sunday … and the violent swing was all captured on video.

TMZ Sports has learned … the incident went down during a youth basketball game in Garden Grove, Calif. — after a 15-year-old had bumped into a girl following her jump shot.

In footage of the play, you can see as both girls got back to their feet after the collision — someone from the crowd appeared to yell, “You better hit her.”

That’s when the girl in the all-black uniform swung a massive left haymaker that connected with the other girl’s throat and face area.

Immediately, the girl crashed to the floor in pain … and we’re told the game was stopped and then eventually canceled over the incident.

The punch victim’s mother tells us the girl was injured on the play — and is suffering from the after-effects so much, she still has yet to return to school.

The girl’s mom also tells us she went to cops over it all … though it’s unclear if a criminal investigation is underway.