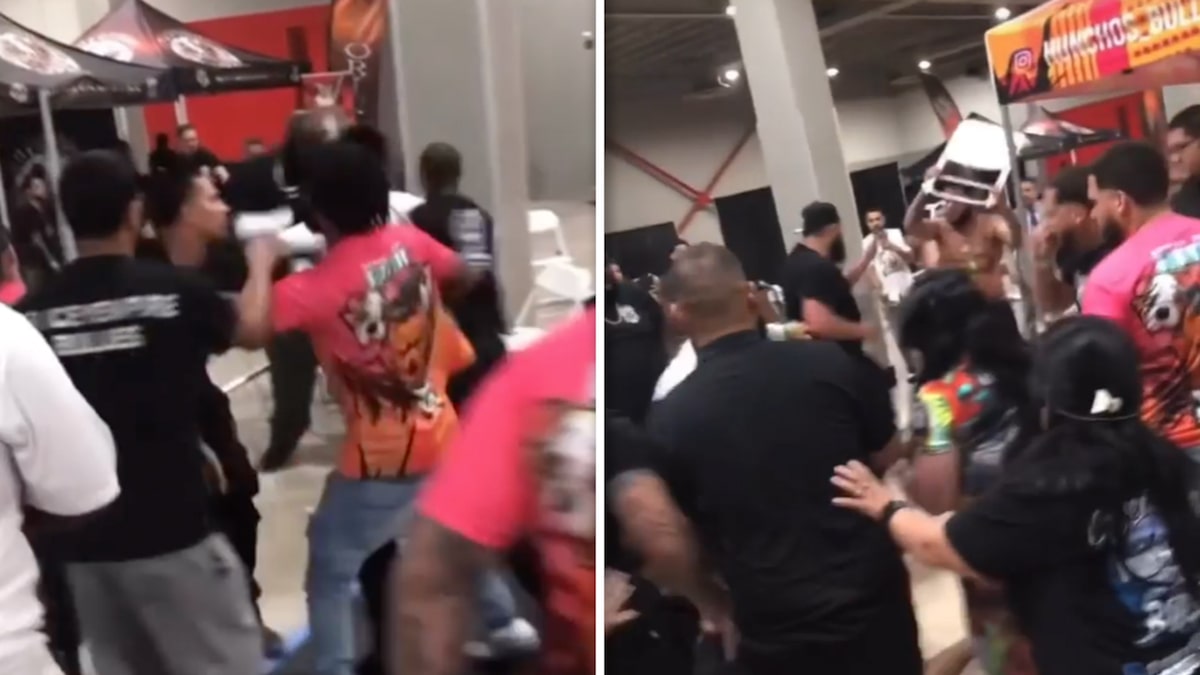 All hell broke loose at a dog show in Florida last weekend — when people threw haymakers AND chairs at each other in an insane brawl — and the wild scene was all caught on video!

The fight went down at an event called the Miami Bully Takeover at the Doubletree by Hilton Hotel near Miami airport last Saturday … and it appeared to all start over a verbal argument between two women.

A spectator in the crowd caught the chaos on camera after things turned physical — and you can see in the video, it’s violent.

The footage shows two men striking each other, while another man picked up a chair and threw it. You can also see in the clip another person was being stomped out on the ground.

Eventually, the fight was broken up … but a few seconds later, another fight started in a different area — with more chairs and punches flying.

Security finally stepped in to shut everything down … and thankfully, no humans or dogs were reported injured. 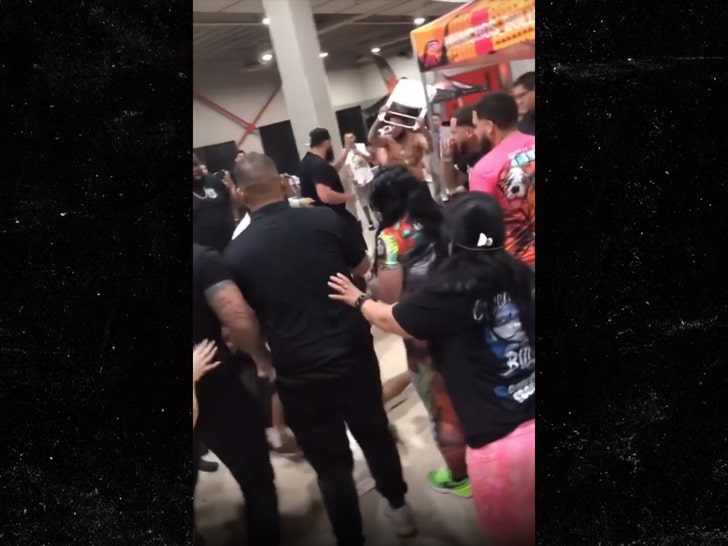 One of the organizers of the event — which was a bully breed convention for dogs, owners, kennels, rescues and vendors — apologized for the melee on social media following all the day’s action.

“My heart really hurts and I know the money that goes into showing and We want to make it right and refund people that were unable to show,” the organizer said. “I wanted to finish but the cops would not allow it.”

“My shows are family shows and this really is hurtful and not the image I want people to see.”

The organizer added, “It’s truly sad that grown adults act like they did.”

Despite all the violence, event organizers are expected to put on another bully breed dog show in Georgia this Halloween weekend.