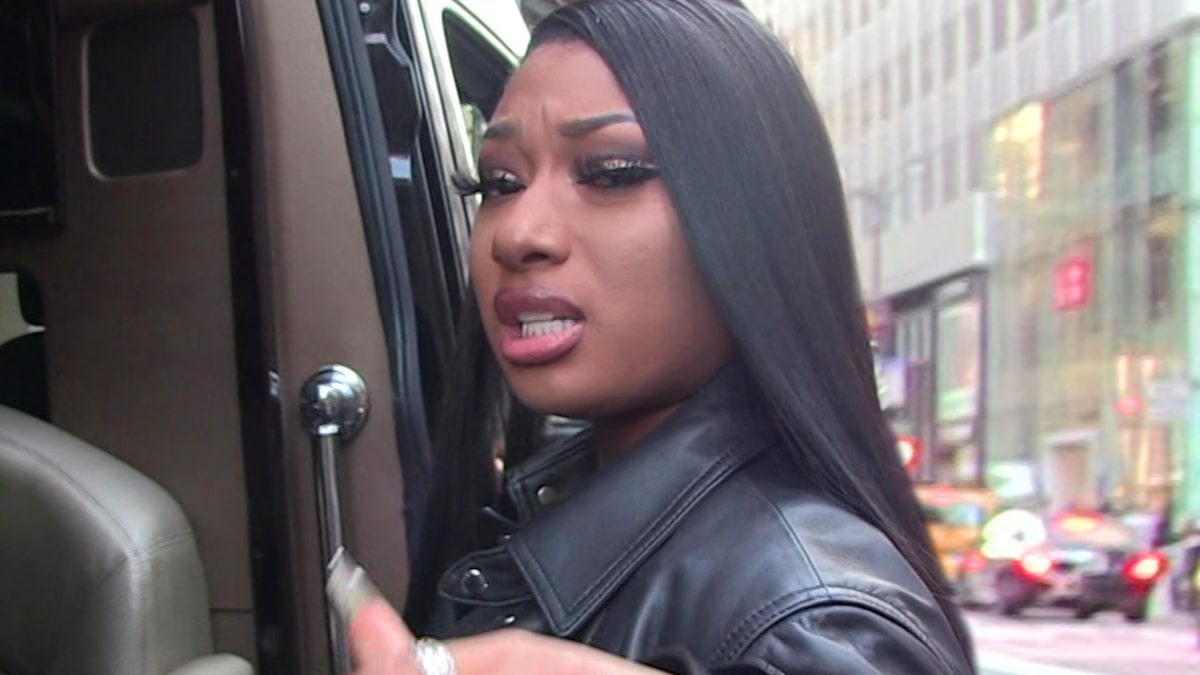 Megan Thee Stallion‘s entourage might need to learn the rules of the track when it comes to media etiquette at a Formula 1 event — at least according to this driver-turned-reporter.

Check out this interaction between Sky News’ Martin Brundle (an ex-racer himself) and Meg, whom he bum-rushed while she and her posse were striking their way across the grid at the U.S. Grand Prix Sunday … where all the cars and pit crews were hanging out on the ground-level, and where camera crews were rolling … with journos on the hunt for interviews.

In the middle of their live coverage — which was getting broadcast on ESPN — Brundle noticed MTS making her way through the commotion, and tried getting an impromptu one-on-one chat with her … which he sorta successfully did, if only for a short while.

He asks her if she has any “rap for us today on Formula One” … and she laughs, saying no — she didn’t have anything for him. Brundle pressed further, asking who she was rooting for.

Love it when famous people that most people don’t even know act like they’re royalty. Hate the people that talk like shit to Martin Brundle pic.twitter.com/ExtFYIFZ3z

Before Megan even got a chance to respond, some dude in her crew swooped in from behind and pushed Brundle back … apparently telling him he “couldn’t do that.”

Well, old Martin had a helluva comeback to that … saying that not only can he do that, but he just did. OHHHHHHH!!!! The irritated look-back from the blond assistant is classic too. 😆

There are different reactions to this … some say MB shouldn’t have gotten in her space like that. However, others say she (and her team) shoulda known it’s fair game in the F1 world … especially from Martin, who’s a vet in the biz and well-known figure — not a random pap.

Unclear what Meg knows about F1 … she appeared to be there simply to plug Cashapp.