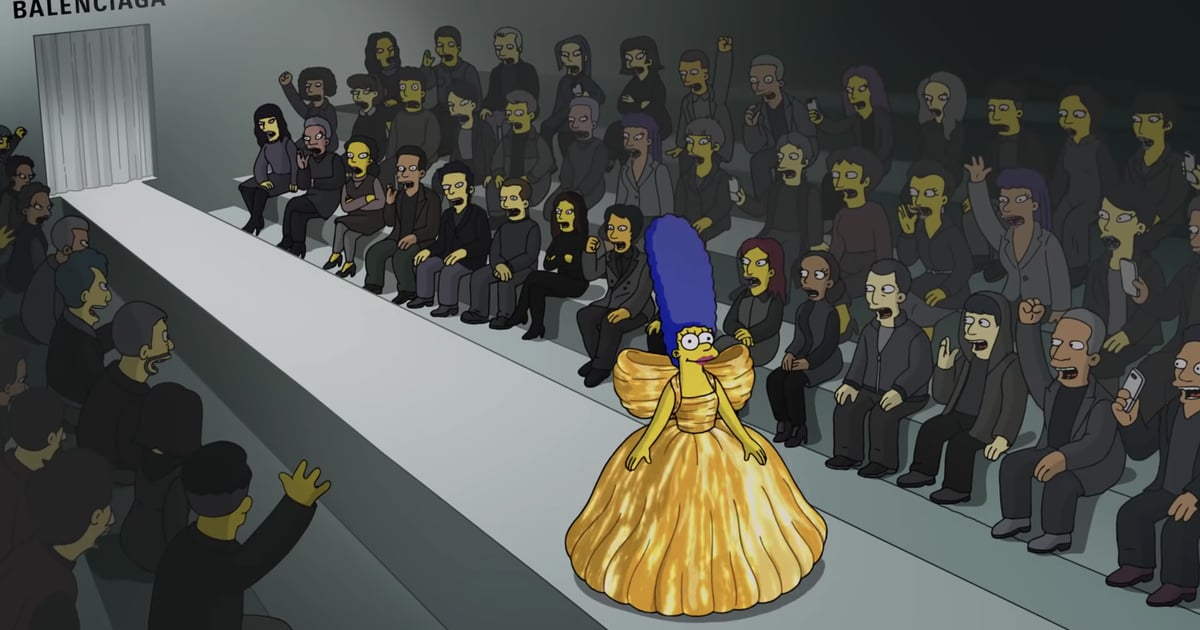 For its latest runway event, Balenciaga sought inspiration from Springfield. As part of its spring 2022 show at the Théâtre du Châtelet during Paris Fashion Week, the luxury fashion house premiered a 10-minute episode of The Simpsons specially made for the occasion.

In the episode, Homer buys Marge a Balenciaga (or, rather, “Balenciaga-ga”) dress for her birthday, only to return it after clocking the price tag. But when Marge returns the dress with a thank-you card for Demna Gvasalia, the creative director invites the entire town of Springfield to model his designs in Paris. Balenciaga’s celebrity clientele make an appearance, as does Anna Wintour.

The purpose of the “premiere” was kept a mystery from stars who attended, which included Cardi B, Elliot Page, Naomi Campbell, and Lewis Hamilton. As guests were invited to take photos against a bright-red backdrop, models also shuffled in to debut new designs. Per WWD, Balenciaga said the event was the “latest in a progression of activations that push certain boundaries set up between fashion and other forms of entertainment, culture and technology, shifting the brand away from an easily definable category.”

Watch the high-fashion cartoon episode in its entirety above.