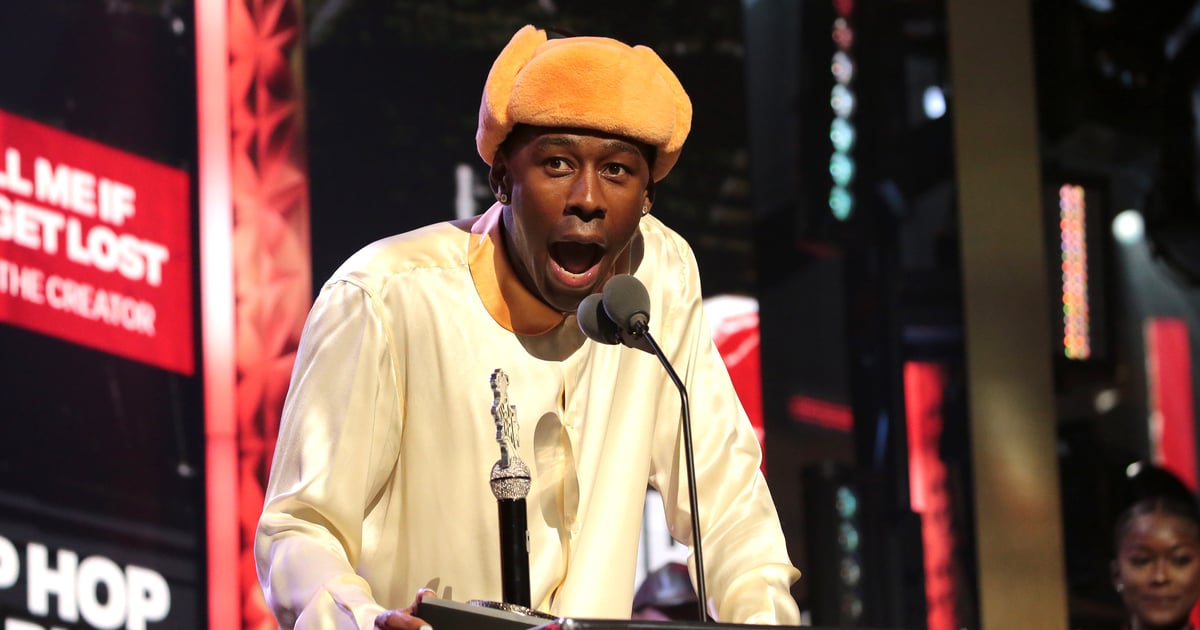 Tyler, the Creator never fails to seize the moment and remind us why he’s one of hip-hop’s gems. The Call Me If You Get Lost rapper had a big night at the BET Hip Hop Awards after being honored with the inaugural cultural influence award on Tuesday night. While giving his acceptance speech, the hip-hop artist shared a touching message that gave flowers to the old- and new-school artists who have carved their own lanes in the genre.

“This thing that’s a hobby or a pastime or a passion for us, [for] a lot of people, that sh*t kept us out of trouble, and it allowed us to change our families’ lives, friends’ lives, our lives,” he spoke on the mic. “With rap, it’s like a pathway for a lot of us to really just go, to leave, to experience just new sh*t that we’re really not allowed to see or shown from where we grow up. I definitely think that I created my own path, but it’s people who allowed me to understand that I can do that, who laid the blueprint.”

He went on to thank artists like Q-Tip, André 3000, Pharrell Williams, Kanye West, Missy Elliott, Busta Rhymes, and more who “just took it to this different world” with their impact. “I appreciate you guys so much for just opening the doors and throwing the key,” he continued before telling his fellow rap peers to “keep thriving” and “keep doing your sh*t.” The Grammy-winning artist’s night got even better after he walked away with the hip-hop album of the year award, too. Watch Tyler, the Creator’s touching speech above.