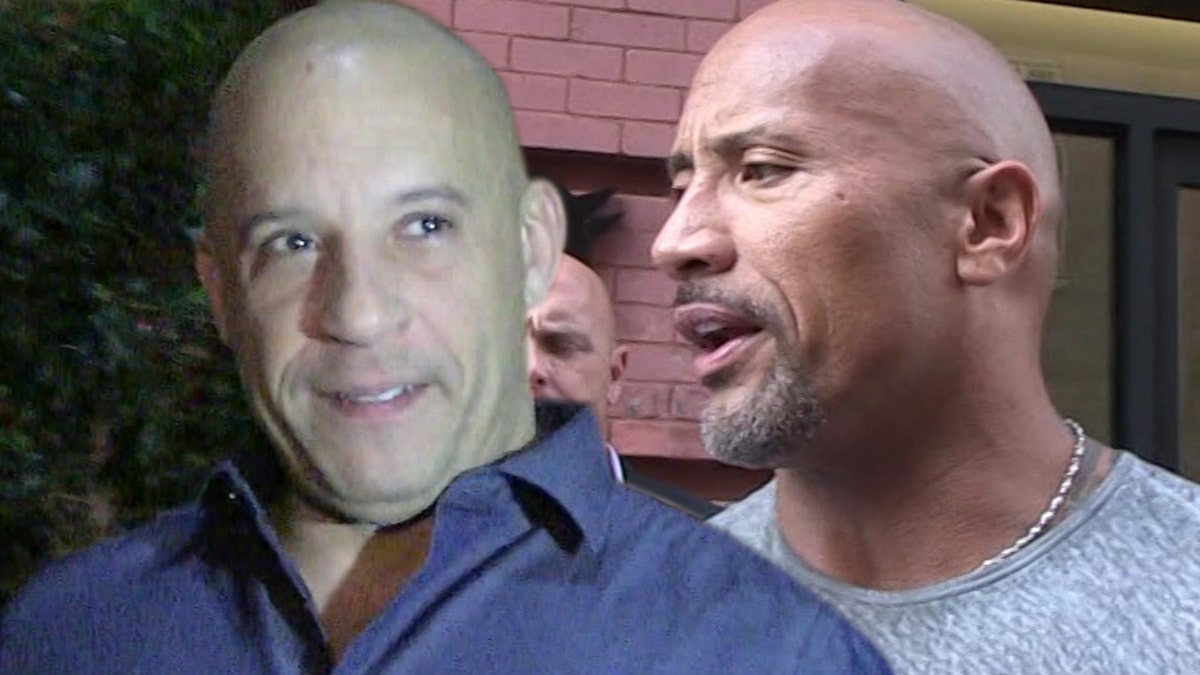 Vin Diesel
Calls on The Rock …
Help Us Finish Out ‘Fast’ Franchise!!! 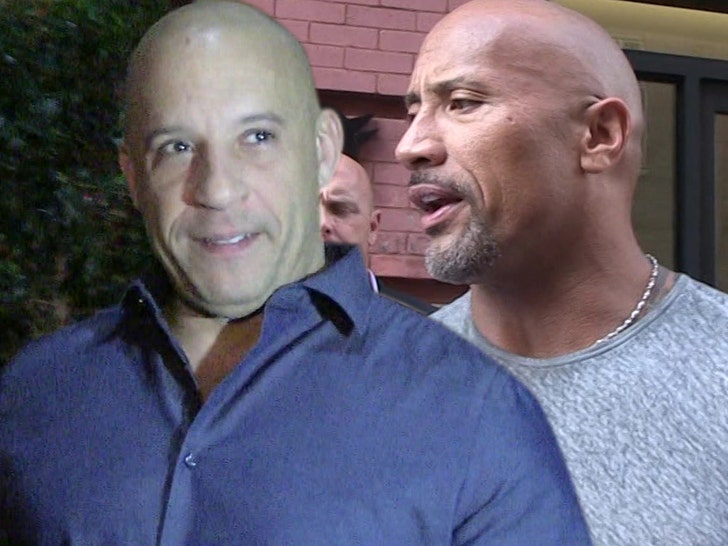 Vin Diesel seems ready to put his differences with The Rock aside — all in the name of putting a bowtie on his baby … namely, capping off the ‘Fast & Furious’ franchise.

The actor sent an open message to Dwayne on IG, posting a photo of the two of them in character from one of their ‘Fast’ flicks and extending an olive branch of sorts — inviting DJ back to installment number 10, which Vin sees as crucial to putting this thing to bed.

VD writes, “My little brother Dwayne… the time has come. The world awaits the finale of Fast 10. As you know, my children refer to you as Uncle Dwayne in my house. There is not a holiday that goes by that they and you don’t send well wishes… but the time has come. Legacy awaits.”

He adds, “I told you years ago that I was going to fulfill my promise to Pablo. I swore that we would reach and manifest the best Fast in the finale that is 10! I say this out of love but you must show up, do not leave the franchise idle you have a very important role to play. Hobbs can’t be played by no other. I hope that you rise to the occasion and fulfill your destiny.”

It’s interesting … Vin is inviting him back, but didn’t even tag The Rock or anything, which is strange because the dude is very online … and tends to respond to stuff in a flash.

Dwayne doesn’t appear to have responded just yet — and perhaps some of this is being worked out behind the scenes, out of public view — but ya gotta figure if he does agree to do it … he’ll do it in grandiose fashion, like most everything he does on social media.

As #JungleCruise co-stars Dwayne @TheRock Johnson and Emily Blunt prepare to release their Disney tentpole, the two very different actors have learned to lean on each other to steer their careers through one of Hollywood’s most tumultuous eras https://t.co/embVqrkVvK pic.twitter.com/mzESVpJiCW

Of course, there’s no guarantee Dwayne will even be down to sign on — because, as you probably know, they have beef … which we thought was over and done with, but was reignited earlier this year with new comments from Vin — and Dwayne responded.

Vin addressed the feud to Men’s Health over the summer, saying he was giving The Rock a lot of “tough love” when he first started in the ‘Fast’ franchise … and DJ told THR that made him “laugh hard,” while going on to wish Vin and co. well on the rest of franchise.

Dwayne hasn’t been in a ‘Fast’-related movie since 2019, when he starred as as Agent Hobbs in the spinoff, ‘Hobbs & Shaw.’ Before that, he was in 4 different ‘Fast’ films.

If the final installment does, indeed, need Hobbs to finish it on a high note like Vin says here … we’ll see if Dwayne obliges. After all, he is a pretty nice guy. Let bygones be bygones???