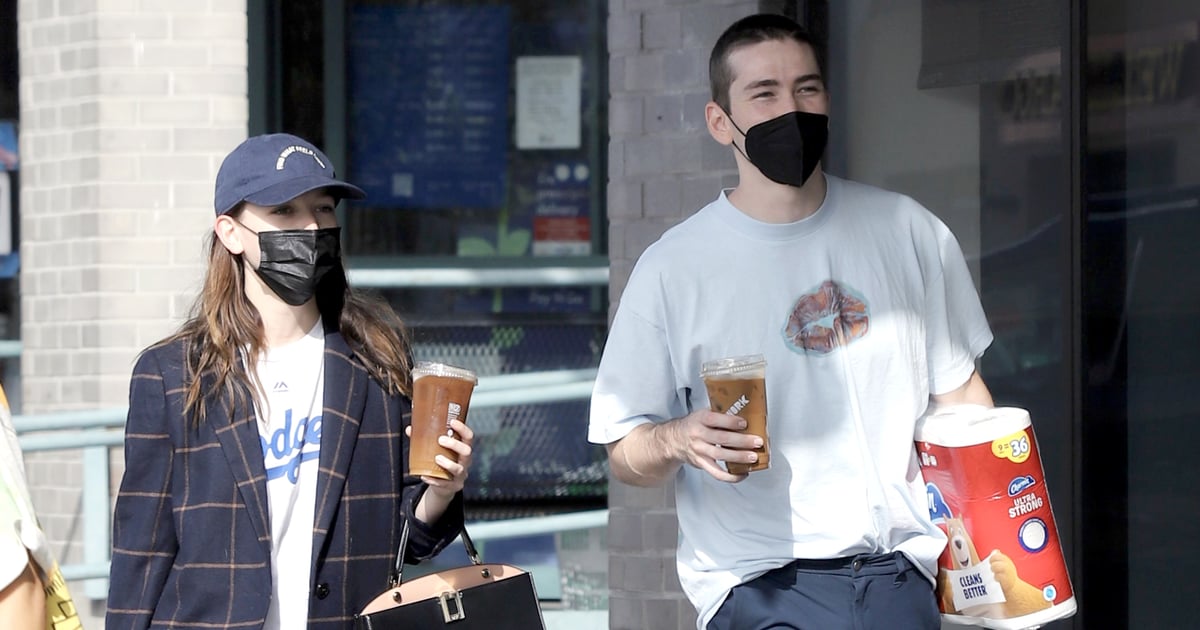 Well, it looks like You stars Victoria Pedretti and Dylan Arnold ended up getting their happy ending after all! According to Entertainment Tonight, the two actors have been involved in an “off-screen romance” for some time now. “Victoria Pedretti and her You costar, Dylan Arnold, are dating and have been for about a few months,” a source confirmed.

If that weren’t enough, the pair was photographed running some very couple-friendly errands on Nov. 5, shopping for home goods while they were out for coffee in Los Angeles. Photographers also confirmed to ET that the two were seen entering the same home with toothbrushes in hand and then later leaving together.

Now, who would’ve guessed these two had as much chemistry off screen as they do on their Netflix series? On the show, their characters Theo (Dylan) and Love (Victoria) are the couple that almost happened but didn’t quite make it. Theo almost didn’t escape the wrath of Love at the end of season three, and unfortunately for Victoria’s character, her story came to a tragic end before the two could actually get together. But all hope is not lost because we can now swoon over the love between these two in real life!